The pandemic has hit our local startup ecosystem hard, and business sustainability has been a huge concern for many. While funding is typically used to scale, some companies had to do it for survival, which a few local VCs actually shared some advice for.

Regardless of a startup’s reasons for raising funds, it’s impressive that one would be able to do so during the pandemic’s time of uncertainty.

Here are 22 startups who managed to raise investor confidence and score funding over our first year of the pandemic, starting with MCO 1.0 on March 18, 2020.

Known for its picturesque glasshouse café in MAHSA, the Brickhouse Group is home to their most known F&B establishment, Pokok.KL. Aiming to be an F&B group, Brickhouse dabbles in the café scene, catering and events, grocery and convenience stores, and more. Their ECF funding of RM3 million last year through pitchIN was mainly to expand their central kitchen (it took 74% of the funding), with the rest going to operations and their new halal dim sum restaurant, Chopstik.KL.

On a mission to make insurance more affordable, transparent, and simpler, the PolicyStreet team created this platform for businesses and individuals to choose and purchase insurance policies based on their needs and requirements. Last year, they bagged RM7.8 million in their Series A round (500% more than their minimum requirement on pitchIN), a campaign that was the largest funds to be raised from an ECF platform in Malaysia.

This startup is no stranger to big rounds of funding. Previously coming in second in the prestigious Seedstars World Competition, Dropee had been closing big funding rounds from even bigger investors like Y Combinator, Ondine Capital, etc., over the years. Last year, they were not only able to become the second Malaysian startup to be accepted into the Y Combinator before MCO, but they also managed to raise RM5.5 million for their seed-extension round from a mix of new and returning investors.

Known as one of Malaysia’s current soonicorns, Fave has also been recently acquired by an Indian unicorn, Pine Labs for RM185 million. This merchant loyalty platform had previously received an undisclosed investment from Pine Labs before their acquisition in July 2020 too. Before this round, Fave raised RM85 million in a Series B round in 2018 from investors like Sequoia India, Venturra Capital, SIG Asia Investment, to name a few.

MyMy raised what possibly is the largest seed round at the time for a fintech startup in Malaysia at RM12 million. They help users change Ringgit into 11 different currencies (with more to come) while claiming to have zero hidden fees and real-time exchange rates. When we last interviewed them, they were still in beta testing, and as of late May, its co-founder Kishore Samuel told Focus Malaysia that they’d gotten conditional approval from BNM to operate their e-wallet system.

The two brothers, Ziwei and Ziyin, started Zcova to make buying diamonds more personalised and transparent for consumers, and rid the experience of unnecessary additional charges and salespeople’s opinions. So far, they’ve reported helping their customers save an estimated RM10 million through their platform. In 2020, they caught the attention of local VC NEXEA, with whom they closed a funding round of RM1 million.

Set on a goal to help businesses save on healthcare costs for employees, HealthMetrics saw an astounding 500% growth in revenue in 2 years since their seed funding in January 2018. Last year, they secured an RM20.8 million funding in their Series A round led by ACA Investments, one of Asia’s leading investment groups from Japan with over US$1 billion assets under management.

GoGet is an on-demand platform whereby GoGetters help you get errands done, deliver stuff, help out in events, become a promoter, etc. The startup began with prize money of US$24.3K (RM100.2K) from the United Nations Capital Development Fund (UNCDF) and last year, they managed to bag US$2 million (RM8.25 million) in a Series A round led by Monk’s Hill Ventures. These funds will be going towards expanding GoGet in Malaysia.

October seemed to be a good month for many startups, as another one for the list is Tourplus, a travel marketplace providing personalised itineraries linking travelers to local guides. They raised US$1 million (RM4.1 million) in seed investment led by Jin Hui Wong, an angel investor, along with GT-Max, SOSV, and Chinaccelerator plus a few undisclosed investors. The funding went to platform expansion, marketing efforts, and building their talents.

Standing as one of the leading soonicorns next to Fave, Carsome‘s beginnings can be traced back to their aim of becoming the one-stop place for Malaysians to compare prices and make smarter decisions when purchasing a car with the extensive financial data they can provide. They later pivoted to become a used car marketplace and have been sweeping big bags of investment since. Last year, they closed a US$30 million (RM123.8 million) Series D funding round led by Asia Partners along with some returning investors like Burda Principal Investments and Ondine Capital.

Formerly known as The Asian Entrepreneur, this media company rebranded to Empirics Asia following a US$8 million (RM33 million) funding round early this year. To be more specific, they’re a crowd publishing platform that serves as an avenue for users in Asia to partake in contributing business knowledge with one another. Moving forward, they’ve partnered with several publishing houses and a tech development company to pursue wider publishing initiatives.

Born out of an expat’s love for the local bazaar scene, Poptron is a virtual bazaar that serves as a marketplace for local microbrands, and aims to be the “Etsy of Malaysia”. Earlier this year, they were able to bag US$1 million seed funding from a NASDAQ-listed company that will be channelled to scaling up their technology and operations. They’re also planning to fundraise the remaining US$375,000 through pitchIN soon.

This P2P supply chain financing platform seems to have caught the heart of a particular VC. Previously in their seed round led by KK Fund in 2017, CapBay secured almost US$500,000 (RM2 million) with several angel investors with expertise in finance, technology and growing startup companies. Fast-forward 4 years later, their successful Series A funding round of US$20 million (RM82.5 million) was once again backed by KK Fund.

A platform for designers and developers, LottieFiles has a variety of free animations you can access through the Lottie file format, and you can also hire designers on the platform yourself. Some notable companies that are their users include TikTok, Google, Netflix, Uber, Airbnb, and Disney. In January, they raised US$9 million (RM37 million) in a Series A round led by M12, Microsoft’s venture fund along with an existing investor of theirs, 500 startups.

As more people are doing their groceries online because of the pandemic, Jocom saw a rise in their sales as well which leapt by 30% YoY. 3 months ago, they successfully raised RM17.1 million from listing part of their share capital on Singapore’s first regulated private securities exchange, 1exchange (1X). The team plans to use this funding to expand to more West Malaysian states and overseas, but a significant part of it will be directed to their development of an AI-powered backend system to analyse big data.

Next on the list, we have another company that could be likened to Etsy, but for homemade food and groceries: Kravve.co. Not too long ago, they announced a successful ECF round on pitchIN that raised RM1.2 million, with RM222,500 being the largest individual investment in the campaign. They were RM245,000 shy of their target of RM1,500,000 but managed to surpass their minimum target of RM100,000 and had 159 investors in total. These funds would help them expand to Singapore, ramp up marketing, and build manpower to onboard 10,000 micro food businesses.

Fantasy football enthusiasts, rejoice because another player (pardon the pun) is bringing a local version of it to Malaysians. Called Team Fantasia, they’ve just finished an ECF round on pitchIN and reached their total maximum target, which is RM1.5 million. They have only 6 investors backing up this campaign, with the largest individual investment being RM547,500.

To make things simpler for companies to purchase their office and business needs, this team made a platform that mimics the “add-to-cart and checkout” system for them. Lapasar, a corporate marketplace and supply chain solution, successfully raised US$1.82 million (RM7.5 million) for this seed round from NEXEA’s angel investors, family offices, and corporate investors like shopper360 Limited, who led the funding round. This is the 4th round of investments into Lapasar by NEXEA.

Drone service company, Aerodyne has been through several funding rounds in the past (most of which are undisclosed) and had even gotten US$30 million (RM123.8 million) in their Series B round. This time, they’ve secured another undisclosed investment sum from a consortium of Japanese investors, which include Real Tech Fund, Kobashi Holdings and ACSL. The investment will lead Aerodyne’s growth in the agricultural space in ASEAN, and grow their core business in Japan too.

We finally got to see the first Malaysian Seedstars’ Global Winner, and the victor of that title is a fintech startup, Finology. For about 10 months, they competed in this accelerator online—from screening to pitching and attending classes, etc. As the champion this year, Finology was granted US$500K (RM2 million) in equity investment and plans to raise another round fresh off this win soon.

Just recently, ZeptoExpress, a logistics startup, successfully raised their first 7-figure funding from Ficus Venture Capital, a local private company that brands itself as the first Shariah Compliant VC in the region. ZeptoExpress’ humble beginnings can be traced back to their early days of ZeptoBike, where they transported mainly small packages like Lalamove or Grab. With this fresh funding, they’ll focus on growing their warehouse and fulfilment services, and expanding to Vietnam.

Aiming to be the hub of halal packaged food, U-Me Production is currently fundraising on pitchIN with only 13 days left till their campaign ends. They’re aiming to secure RM3 million from this, and so far have already received RM2.3 million from 8 investors, which surpassed their minimum target of RM1 million. The largest individual investment in this campaign is almost up to RM1 million.

Still yet to launch, dotConnector aims to be the platform for matching suitable technology products, services, and solutions with buyers and partners. For their ECF campaign on pitchIN, they’re looking to raise RM1.85 million and so far have secured RM1.4 million, surpassing their minimum target. They’ve gotten 4 investors, with the largest individual sum invested being close to RM1 million. 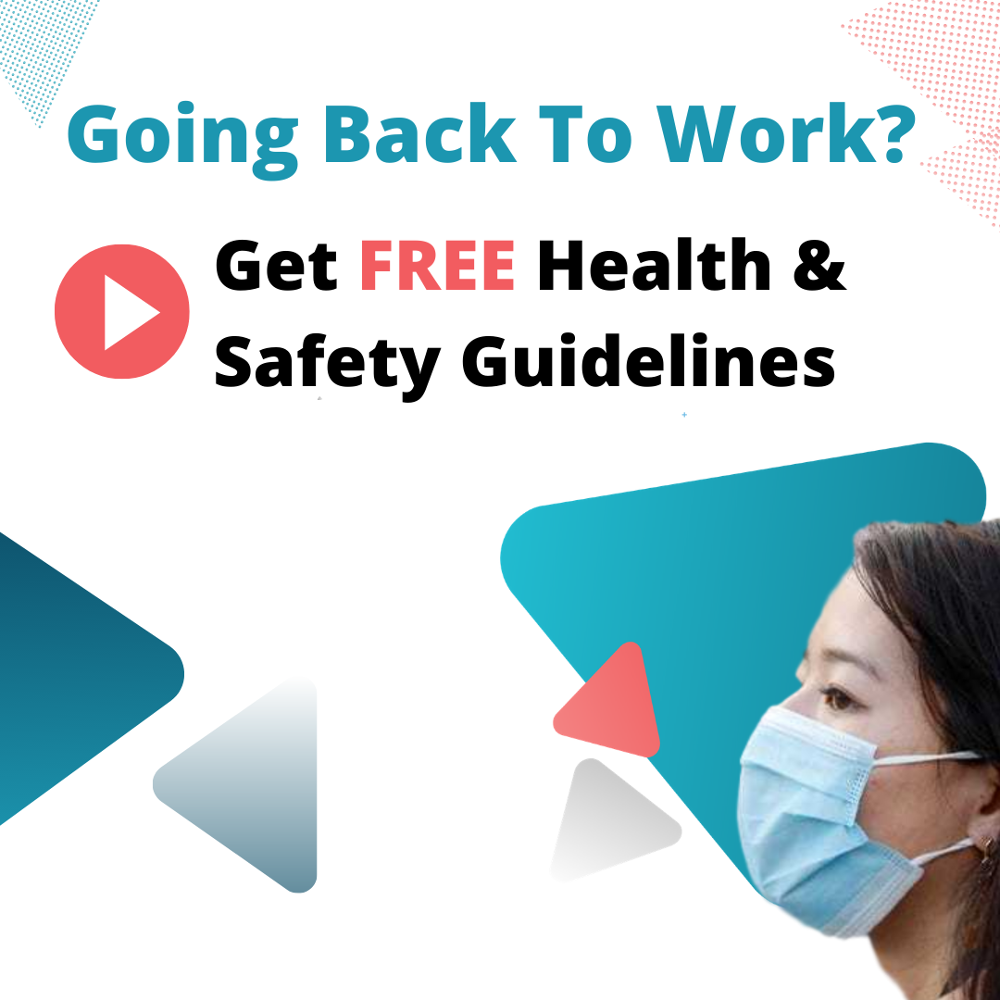